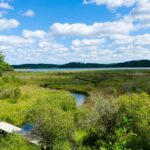 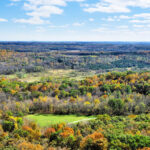 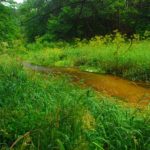 Cherish Wisconsin Delivers a Win-Win for Hunters, Anglers, and Wildlife Watchers in Central Wisconsin (September 25, 2019)
The Cherish Wisconsin Outdoors Fund, a permanent endowment that supports Wisconsin’s public lands, will make its second disbursement, awarding funds to care for public lands at Lawrence Creek Fish and Wildlife Area in Adams County. The Cherish Fund is built primarily through small donations made when patrons purchase a hunting or fishing license. Read more 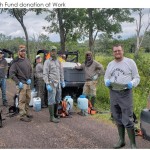 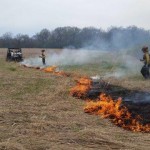 Wisconsin’s public lands get permanent funding source from Cherish Wisconsin Outdoors Fund (September 27, 2017)
$50,000 will be invested in Walworth and Dunn counties thanks to a successful public-private partnership between WDNR and the Natural Resources Foundation of Wisconsin. The Cherish Wisconsin Outdoors Fund, a permanent endowment funded through small donations made when patrons purchase a hunting or fishing license or reserve a campsite, will make its first disbursement to care for public lands at Bluff Creek and Clover Valley Fen State Natural Areas and the Tyrone Tract of the Lower Chippewa River State Natural Area. Read more 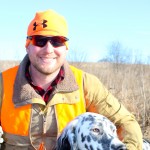 Hunters and anglers boosted support for wildlife habitat management in 2015 (February 18, 2016)
Hunters, anglers and other outdoor enthusiasts said “yes” to the Cherish Wisconsin Outdoors Fund in 2015, donating more than $93,200 for habitat management in the state when buying hunting, fishing and other outdoor sports licenses. This marks a 7 percent increase in donations in the fund’s second full year compared to its first in 2014. “More and more hunters and anglers are hearing about the Cherish Wisconsin Outdoors Fund and are recognizing it as an opportunity to make a big difference for Wisconsin,” said Ruth Oppedahl, executive director of the Natural Resources Foundation of Wisconsin. 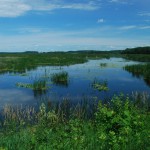 Walters Do It Best Hardware in Algoma and Mills Fleet Farm in Germantown help raise funds for habitat protection (March 17, 2015)
When hunters, anglers and other outdoor enthusiasts buy their licenses through the Wisconsin Department of Natural Resources’ Automated License Issuance System, they have the option to donate $2 to the Cherish Wisconsin Outdoors Fund. Two Wisconsin stores that sell these licenses were particularly successful in raising money for the fund, which helps protect Wisconsin’s state parks, natural areas, wildlife areas, and fisheries. Mills Fleet Farm in Germantown collected the most money in donations in 2014 at $1,066, while Walters Do It Best Hardware in Algoma brought in the largest percentage of donations on their transactions at 11.3 percent. 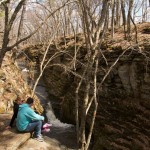 Residents in 50 states invested in the protection of Wisconsin’s public lands in 2014 (December 23, 2014)
Hunters, anglers, campers and other outdoors enthusiasts from all over the country showed their love this year for Wisconsin’s state parks, natural areas, wildlife areas, and fisheries by making a donation to the Cherish Wisconsin Outdoors Fund. Donations came in from residents of every state, two Canadian provinces and even the armed services, helping to make the fund’s first year a resounding success.